24TH JUN: The Referendum and the Outcome

By 6 o’clock this morning, Friday 24th June 2016, it was clear that the British public had voted to leave the European Union.

Britain has chosen a new direction. But we won’t be afraid, even if there is a difficult path ahead, because we trust the people of this country to make it through. And we believe, more than ever, that Britain will need a compassionate liberal voice to help along the way.

David Cameron, gambled recklessly with the county’s future. To keep his job as Prime Minister he gave in to his more unspeakable right wing. He has paid the price of losing and resigned. History won’t be kind to him, the man who deeply wounded his country’s future for his own ends, may even have ended Great Britain altogether. 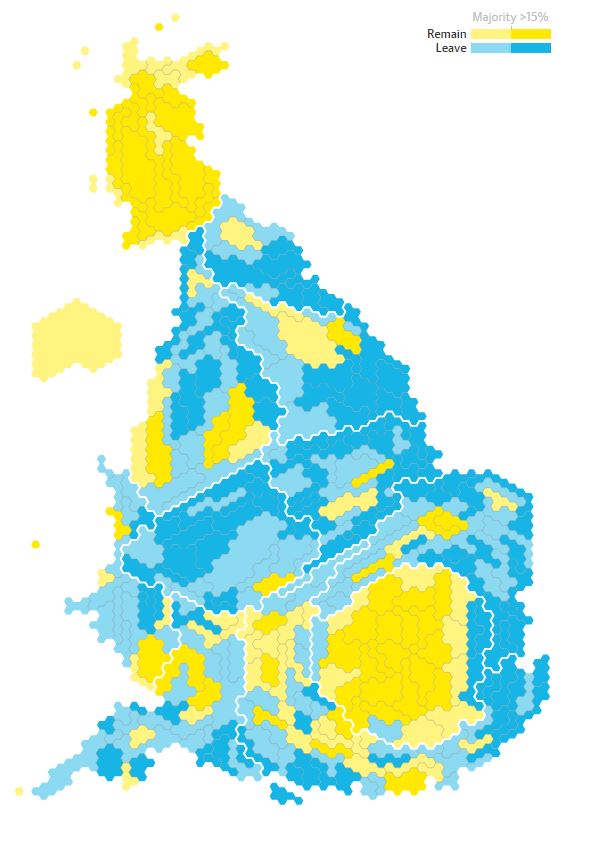 Because we’re waking up to a country that is shockingly divided. Important parts having voted to Remain: not just Scotland and Northern Ireland but also many of the great cities of England – Greater Manchester including especially my home town of Stockport, Liverpool, Leeds, Bristol, Oxford and Cambridge and above all London, including my current patch in Tower Hamlets where the vote was 2 to 1 in favour of Remaining.

And it is a matter of pride that those two places where helped the campaign, Cheadle and Tower Hamlets, were among those to buck the national trend and vote to remain.

But while I wouldn’t blame them, I don’t want to see Scotland, let alone London, leaving the UK, tearing us even further apart.

Tearing things apart because you can’t have your own way is the way of the childish tantrum, the way of Farage and his Vote Leave crusade.

Vote Leave is fundamentally anti-democratic, something made pretty glaringly obvious by the way the next Prime Minister will be decided by internal machinations of the Tory Party and not by a vote of the British people.

Democracy means compromise, it means sometimes <i>not</i> getting your own way, something that the Vote Leave campaign – for all their talk of democracy – do not care for.

And this is why you need to elect liberals – if you don’t then the extremists get to take over the asylum.

We face uncertain times. The stock markets and the pound seem to have pulled out of their crash dives, and the Bank of England has promised a quarter of a billion to calm things down. But the pound is significantly weaker and the global economy has taken a blow. Already some companies talk of moving their offices from London to Frankfurt or Bonn.

We can survives this, but we need to pull together, not apart.

This country needs a new politics.

The Tory Party are clearly split and may never be able to put themselves back together.

Labour’s leadership have been weak and indecisive leadership throughout the campaign, their indifference to their own supporters means they abandoned many voters to UKIP’s brazen promises, populist solutions and outright lies.

Only the Liberal Democrats have been consistent and positive about the opportunities and benefits of an open liberal Britain, and that puts us in the best possible position to shape the new politics that we so clearly need.

Now, even more than in the aftermath of last year's general election, we need you to stand with us. Stand up and be counted as the voice of the real Britain. Don't leave it to others. Don't leave your country in the hands of Johnson, Gove and Nigel Farage.

Join us and we will make Britain Great again.