The Prime Minister, Theresa May, has gone back on her word – yet again – and once again putting the interests of the Tory Party ahead of the country, called for a General Election to be held on Thursday 8th June, in 51 days’ time. 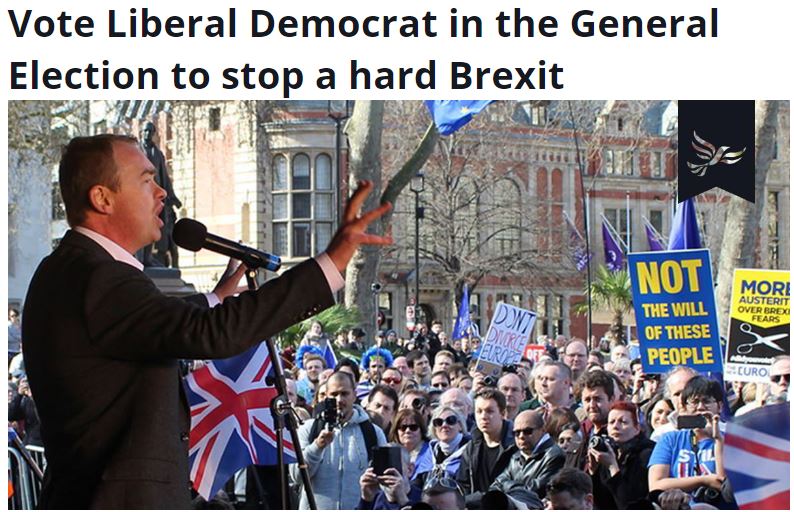 The Liberal Democrats are the only Party in UK politics that will turn back the disastrous tide of Brexit.

And the Liberal Democrats are the only Party that can deprive the Tories of their majority. Labour are going nowhere. The SNP can only take one seat from the government. Only the Liberal Democrats, by reclaiming the 27 seats taken from us in 2015 – and gaining more! – can hope to turn the tide against this extreme Tory Party.

With the Prime Minister’s calls for “unity” at Westminster sounding like a sinister plot to turn the Mother of Parliaments into a One Party State, the country desperately needs a serious Opposition Party, but make no mistake – we are aiming for Government because we want to rebuild this country, rebuild the ties to our friends and neighbours, rebuild trust in our politics and rebuild the future that two years of Tory chaos has left in ruins.

Mark Hunter will be the Liberal Democrat candidate in Cheadle, and I will be fighting every day to see him take back this seat, for the good for the country.