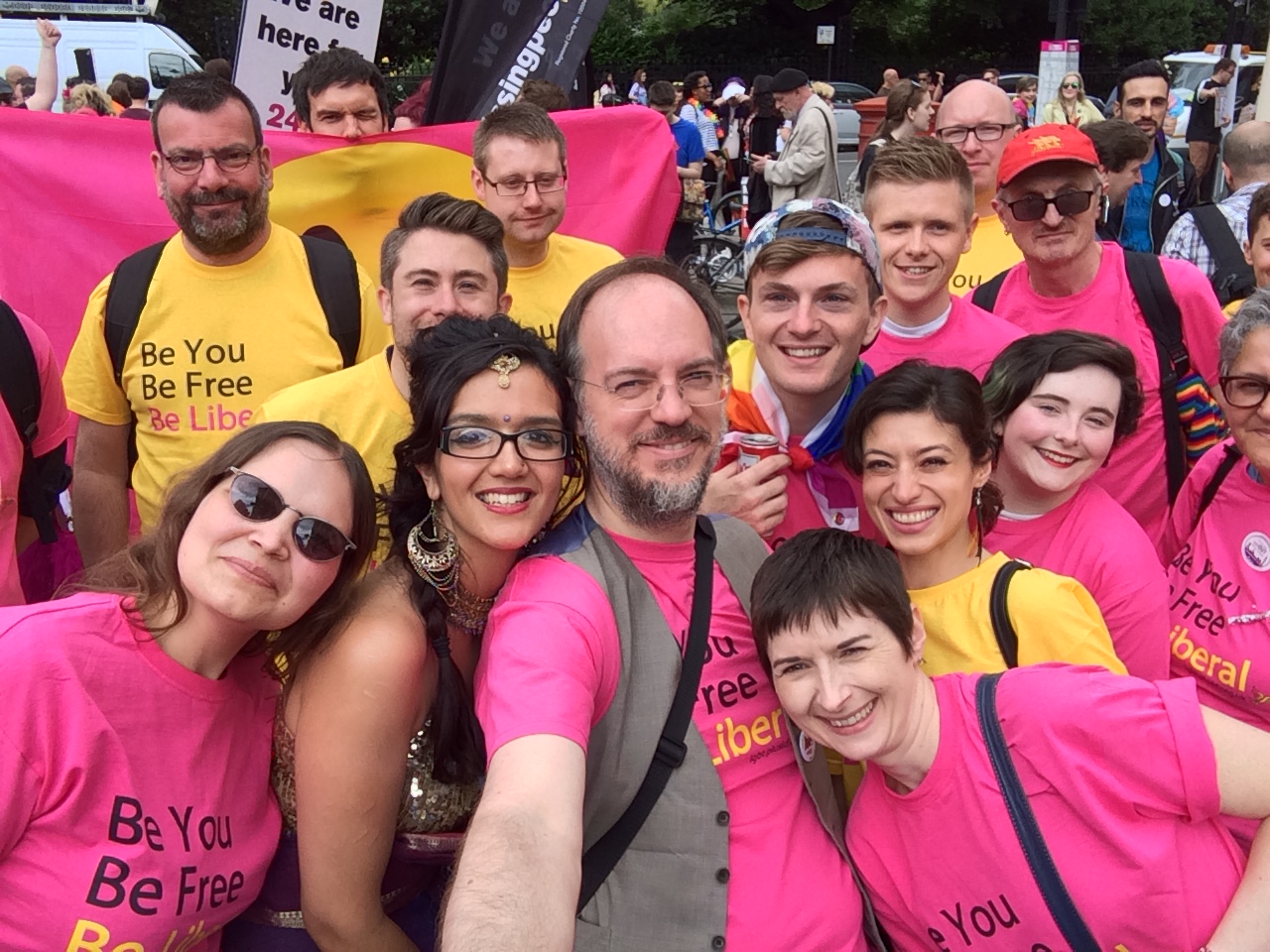 I was one of more than 40 LGBT+ Liberal Democrats to march in the 2016 Pride in London Parade, joined by Parliamentary representation from their Lordships Liz Barker and Brian Paddick, along support from London Assembly Member Caroline Pidgeon and Chair of London Region Chris Maines.

A good showing for Tower Hamlets too, with my friends Anita, Ed and Richard, and friend of the borough Drew also joining the march.

It was a joyful day, much needed after the referendum results. The crowd greeted us with great enthusiasm, loudly joining in chants of “E.U. We. Love. You!” It was a day to warm a liberal internationalist’s heart. 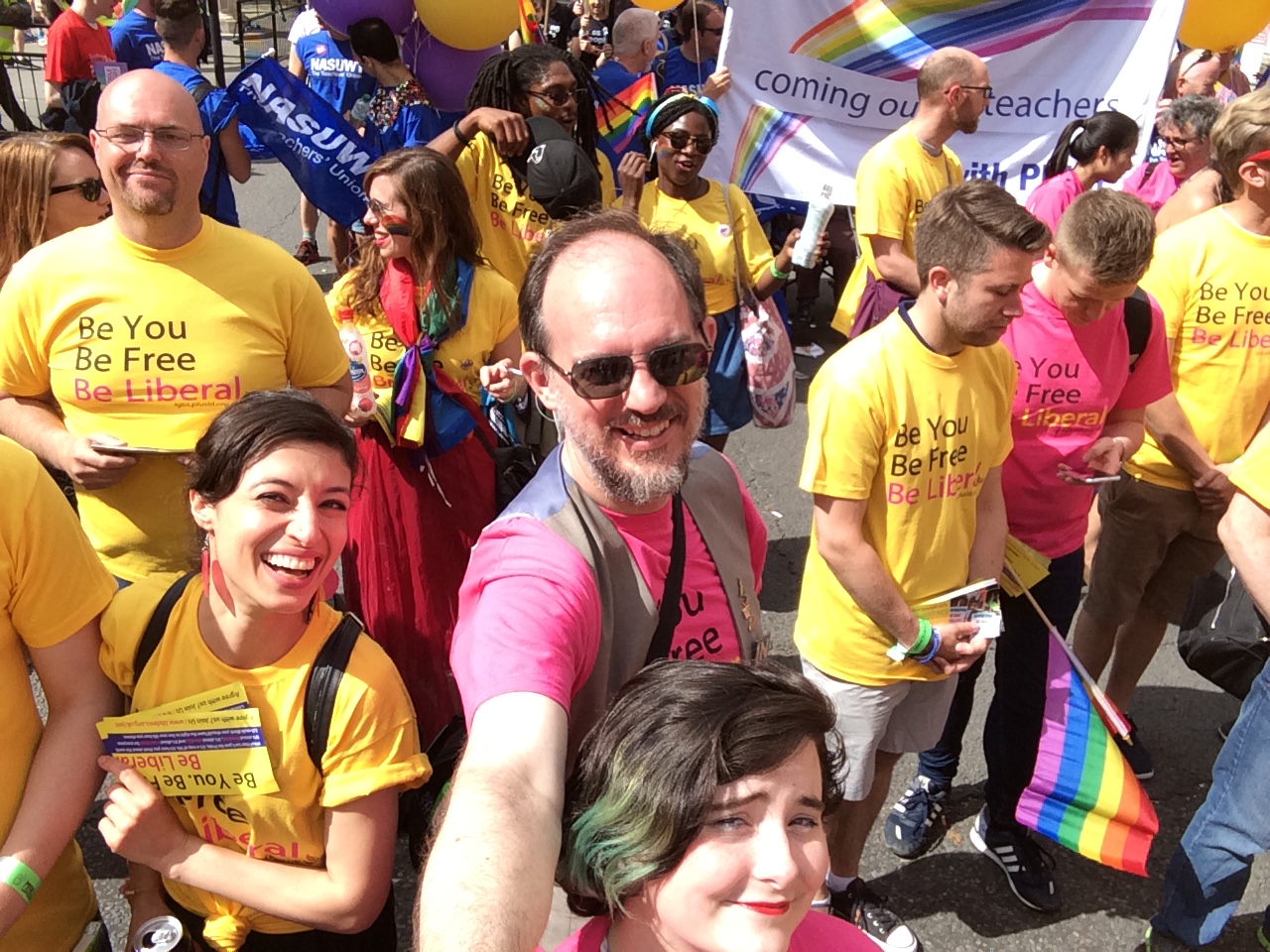 “Remember – we showed real leadership and it is recognised and remembered!”

Chair of LGBT+ Lib Dems Adrian Hyyrylainen-Trett was on the Pride organising committee and with Liberal Democrat Ed Lord marched at the head of the parade alongside London Mayor Sadiq Khan. 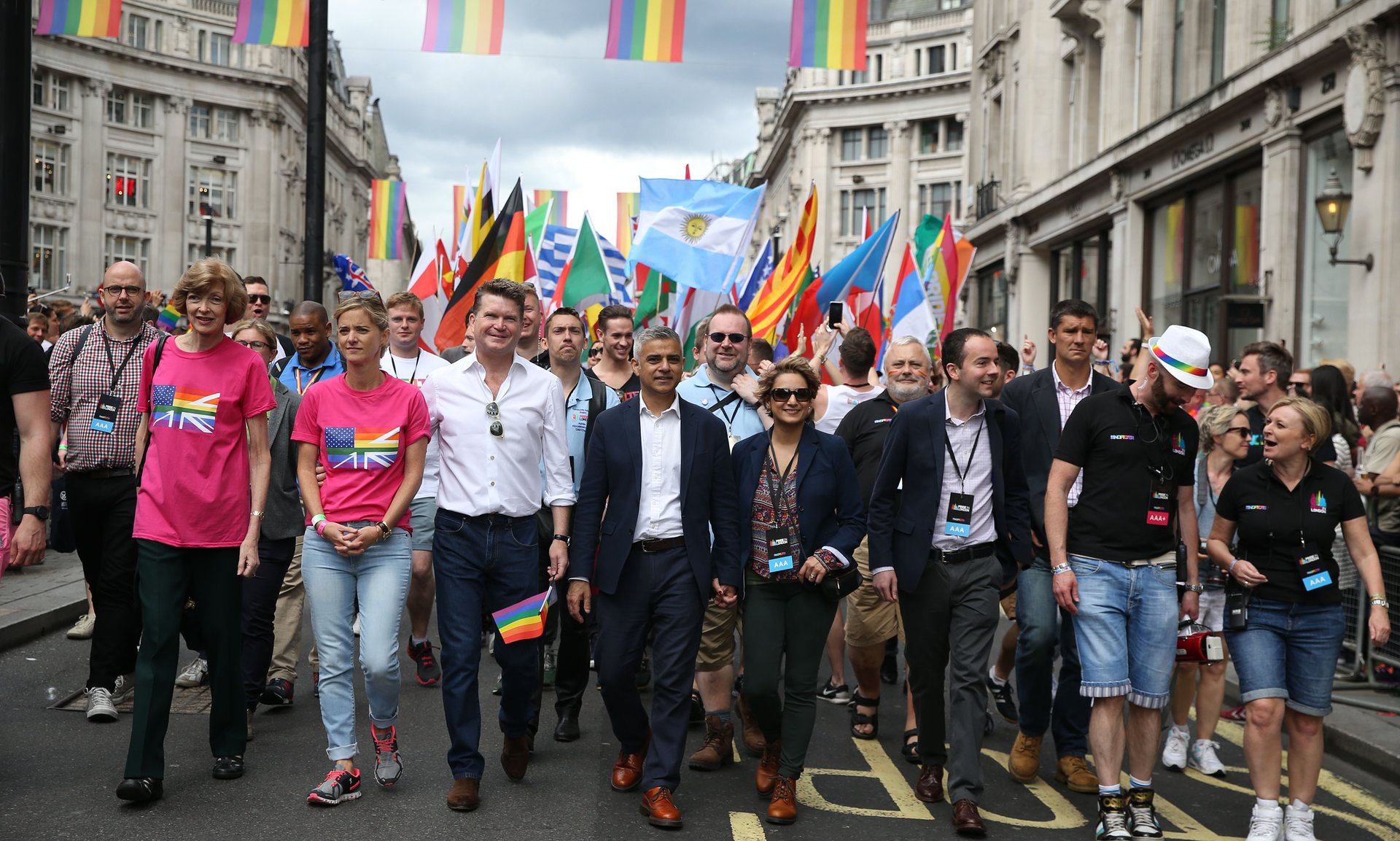 (Seen here in blue shirts either side of the mayor; photo from the Guardian)

Many thanks to Ben Mathis for organising our shocking pink “Be You Be Free Be Liberal” tee-shirts and getting us entry tags for the parade.

It was a day when we could be Proud of any and every sexuality and gender identity; Proud of London; and Proud of being Liberal Democrats. And the cheering crowd agreed.